# The World of Glorantha

Glorantha is a world made by the gods but shaped by the deeds of mortals. Magic is part of everyday life, and mythology is the basis of reality. Your adventurer is a mortal, destined to die, but through luck, courage, cunning, and sacrifice, can become a hero or even a god! Your adventures might start gritty and realistic, and become fantastic and mythic, only to return to gritty realism. 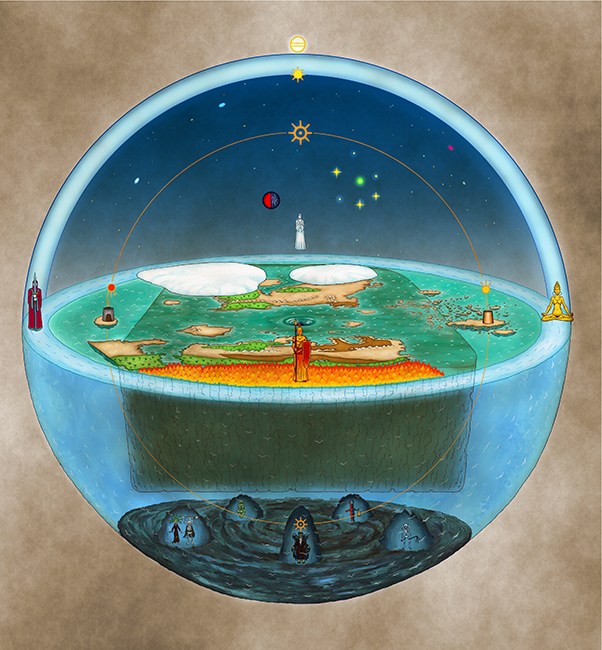 In Glorantha, people hold allegiance to tribe, city, and cult, not to abstract alignments or ideologies. Although humanity is the dominant species, their dominance is due only to the quarrelling of the Elder Races—elves, dwarfs, trolls, and others—who still rule large parts of the world.

Glorantha’s main theme is religion and the magical relationship between humankind and the gods. The gods and goddesses are real, and through their followers and cults they play an important part in most major events. The Sky, Earth, Air, Water, Darkness, and Moon have powerful deities associated with them, as do powers such as Death, Fertility, Movement, Stasis, Illusion, Truth, Disorder, and Harmony. There are also countless lesser deities associated with things as diverse as cats, cows, boats, vengeance, and volcanoes.

Glorantha is a complete universe. It is self-contained, and from its myths to its motes it must be taken on its own terms. It is filled with strange and distinct gods, cultures, and creatures both familiar and fantastic, and players everywhere are enthralled by the unique features of the setting.

An Age of Bronze →