# Shop at the Chaosium Store 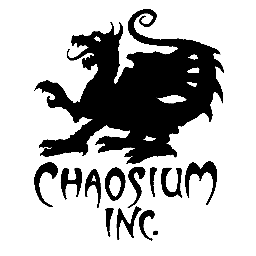 All of our RuneQuest products can be purchased through Chaosium.com (opens new window) and should be available at your local gaming stores as well. When you order a physical product from us, you receive a copy of the PDF for the product as well.

We have collected a list of some core products for playing RuneQuest for you to look at. We have more on our site with more coming.

The RuneQuest Starter Set is the basis of this Wiki. It includes a solo adventure and a campaign around the city of Jonstown with 14 pre-generated characters and three adventures and scenario hooks around the city of Jonstown. It is the perfect introduction to RuneQuest and Glorantha. The Starter Set has a slimmed-down rules reference and an easy reference guide to Glorantha.

The core rulebook for RuneQuest. RuneQuest: Roleplaying in Glorantha is the essential book for RuneQuest players and gamemasters alike. It provides players with a deep character creation process including a custom background, a large selection of homelands, occupations, and cults for them to join. For gamemasters, it dives into added features of the game system, the cults and gods, and a more detailed between adventures model.

The RuneQuest: Glorantha Bestiary contains over 180 creatures of mythic fantasy. They range from weak to apocalyptically powerful, allowing a RuneQuest gamemaster to choose the right creature to suit any need. It provides a deep dive into Elder Races, creatures of Chaos, monsters, natural animals, dinosaurs, giant and unusual insects, spirit entities, summoned magical beings, and even noteworthy plants!

Non-human species detailed for use as player character adventurers. Play as one of the elves, dwarfs, centaurs, dark trolls or great trolls, as well as unique baboons and ducks, Morokanth, Men-and-a-half, trollkin, and minotaurs. Each playable heritage is complete with their unique professions, cults, and magic.

The RuneQuest: Gamemaster Screen Pack is so much more than just a screen! In addition to a beautiful 34" wide GM screen and numerous reference sheets it fully describes the Colymar lands under Queen Leika, the village of Apple Lane as a campaign setting, and three complete adventures!

The Glorantha Sourcebook is an introductory guide to the mythical world of Bronze Age fantasy created by legendary game designer Greg Stafford. It is every RuneQuest player’s stepping stone into legend—a journey that continues with the Guide to Glorantha.

# The Guide to Glorantha

The cosmology, culture, geography, history, mythology, people, and places of Glorantha are all explored in never before published detail. Hundreds of maps and illustrations breathe life into the setting that will supremely amplify your games.

Although games and stories set in Glorantha have been in publication since 1975, until now the setting has never been fully detailed. Now with the Guide to Glorantha you can explore this classic fantasy setting in all its glorious depth.